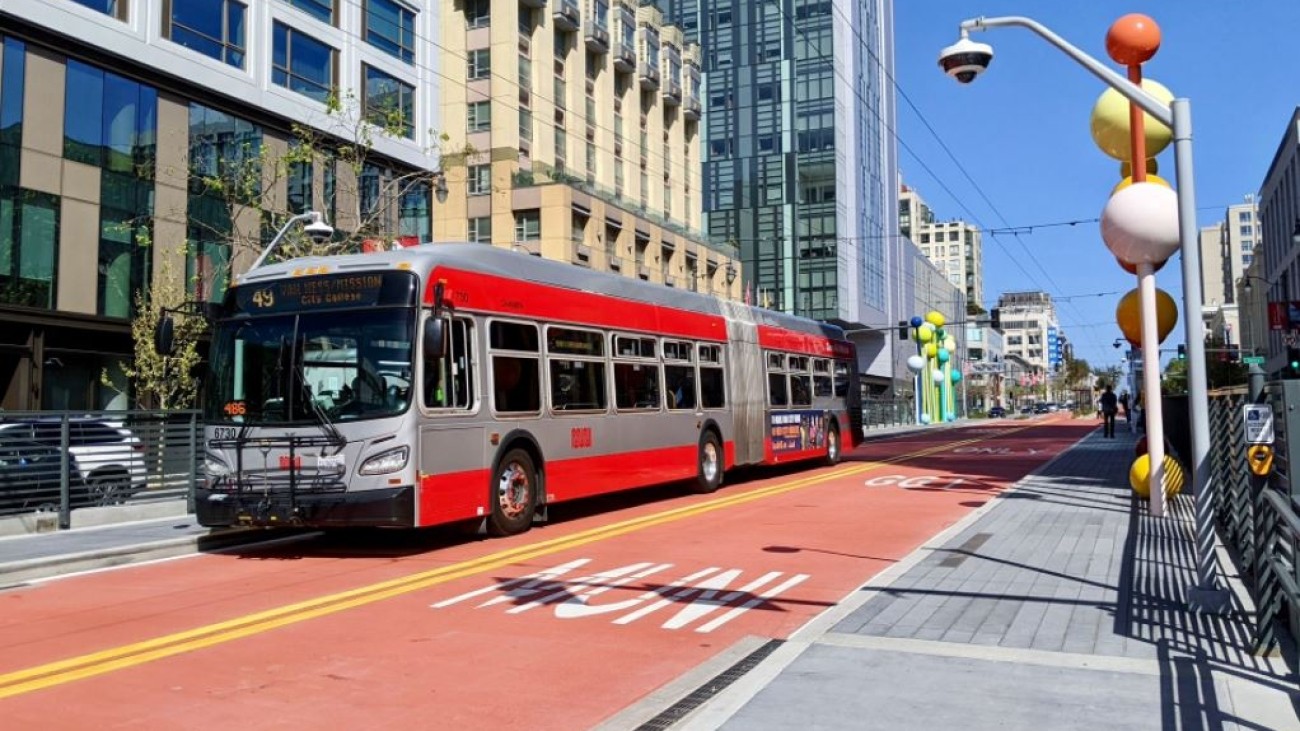 SFMTA convened a Citizens Advisory Committee to guide decisions related to the design, construction, and implementation of the project, with meetings open to the public. Visit the SFMTA's project page for project and committee meeting information.

The Transportation Authority led this project through the feasibility and environmental review phases. The project received environmental approvals in 2013 from the Transportation Authority Board, the SFMTA Board, and the Federal Transit Administration, and project traffic approval in 2014 from Caltrans. Since then, SFMTA has managed project implementation and construction.

With over $38 million of half-cent sales tax funds supporting the project, the Transportation Authority continued to provide project support and oversight to ensure environmental compliance and implementation.

The Van Ness Avenue Bus Rapid Transit project will create dedicated bus lanes along two miles of Van Ness and South Van Ness Avenues, from Lombard to Mission streets. The lanes will be used by Muni’s 49 and 47 Muni routes and Golden Gate Transit. The transit-only lanes will run along center landscaped medians down Van Ness Avenue, physically separated from the two lanes of mixed flow traffic in each direction. All-door boarding, elimination of most left turns, transit signal priority, and traffic signal optimization will help reduce transit travel time on the corridor by up to a third. In addition, pedestrian improvements, signal upgrades, new streetlights, new landscaping, and roadway resurfacing will be implemented to improve safety and aesthetics. 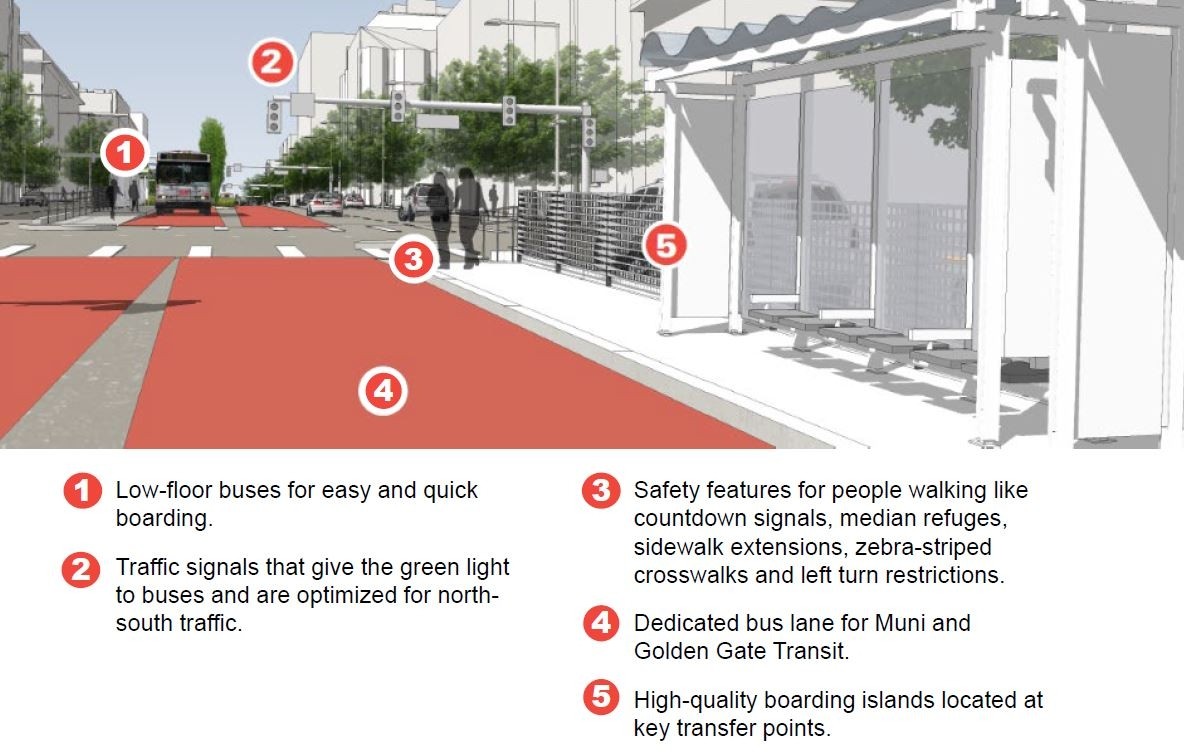 One of the main features of a Bus Rapid Transit system is dedicated bus lanes, which get buses out of congested traffic and reduce delays. New boarding platforms are another part of a Bus Rapid Transit system and make it safer and easier to get on and off the bus. Other features that keep the buses moving, like stop changes and traffic signal adjustments, can save riders even more time.

Van Ness Bus Rapid Transit is a signature project of the Transportation Authority’s Prop K transportation sales tax program and is the culmination of years of multi-agency collaboration at the local, state, and federal levels to improve transit along this part of U.S. Highway 101.