Improving Transit and Safety in Chinatown and North Beach 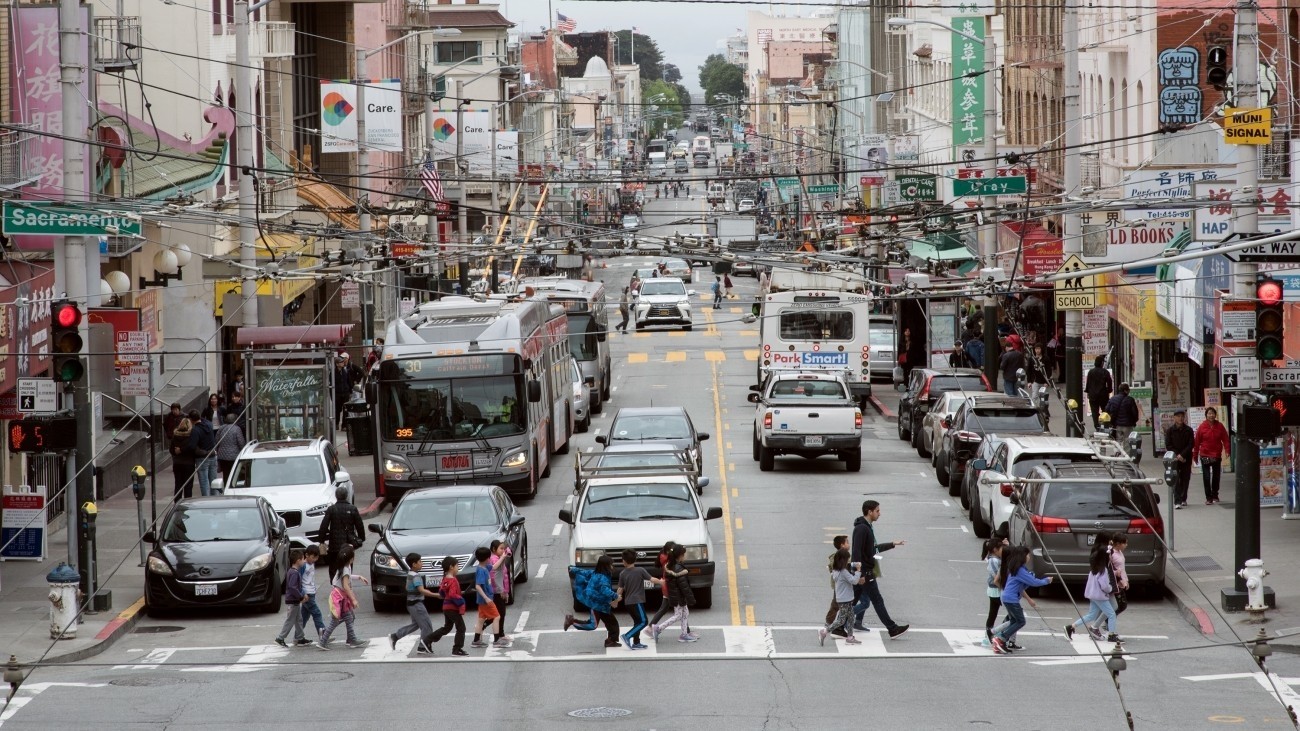 At peak times, over 1000 pedestrians use these intersections and many have seen multiple collisions in the past 5 years with most involving pedestrians. The study also recommends bus stop consolidation on Kearny between Market and Columbus, and removal of dual-turn lanes (a pedestrian high collision factor) at the intersections of Kearny and Post, Sutter, and Pine.

In April 2020, the Transportation Authority allocated $819,800 in half cent sales tax funding, including $750,000 in District 3 Neighborhood Program funds, to SFMTA to support design and construction of the pedestrian scramble at the intersection of Kearny Street and Jackson Street and the new crosswalk at the intersection of Columbus Avenue, Green Street, and Stockton Street.