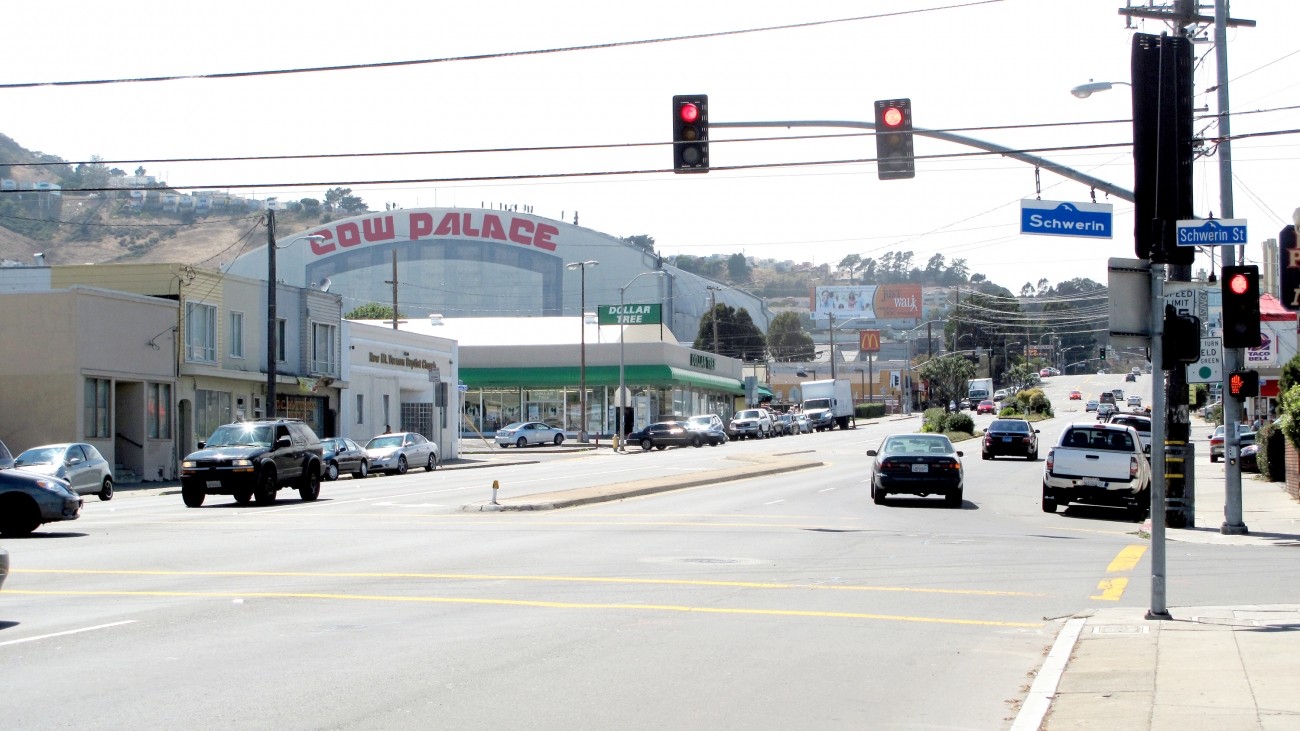 The Geneva-Harney Bus Rapid Transit line is a proposed rapid transit service that will provide existing and future neighborhoods along the San Mateo-San Francisco Counties border with a rapid bus connection to regional transit service. Geneva-Harney Bus Rapid Transit will improve Muni 28R operations to provide faster and more reliable service, and will also upgrade the safety and amenities for all roadway users. The project is identified as a requirement for the major developments in the area.

The Geneva-Harney Bus Rapid Transit Feasibility Study, released in July 2015, conducted conceptual planning, design, and evaluation of several bus rapid transit options for the area. This study was the first step in defining a near-term alignment for a rapid transit connection in the Geneva-Harney corridor and prepared the bus project for the environmental clearance phase. 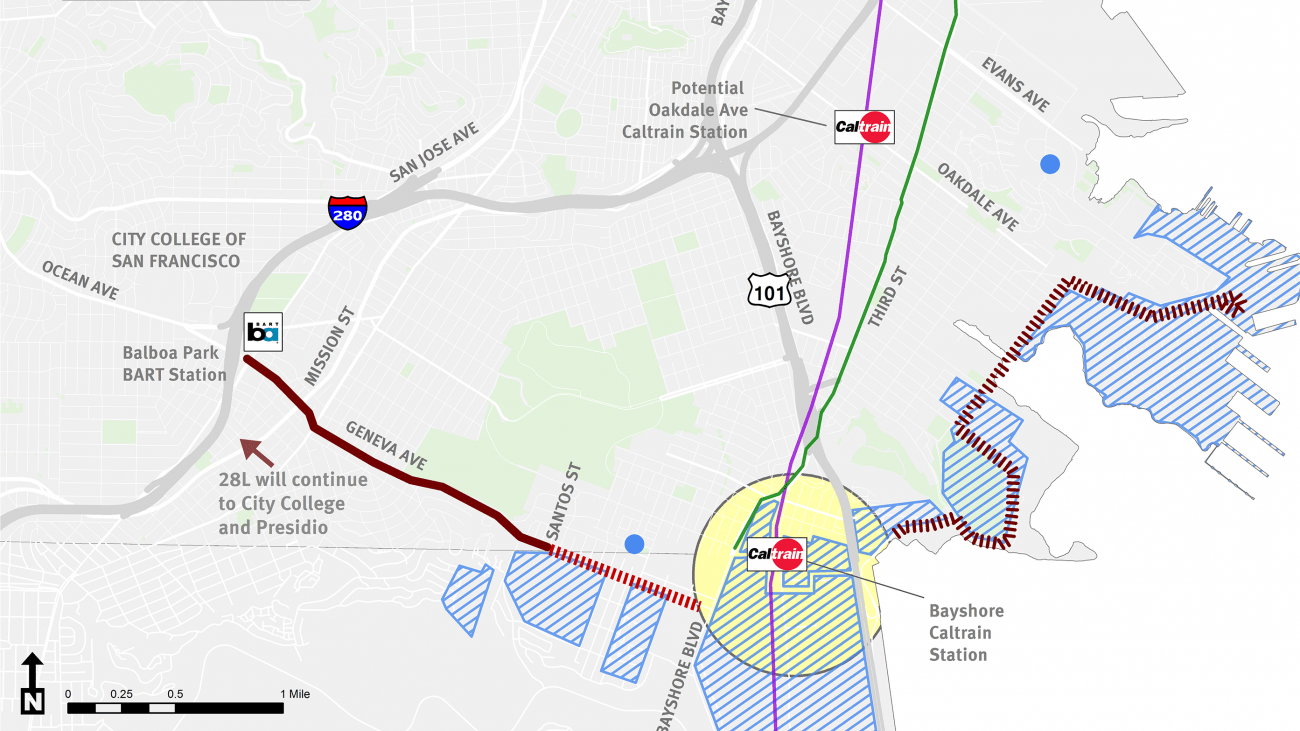 The study was completed in summer 2015. The first phase of the bus rapid transit is under construction as part of the Candlestick Point/Hunters Point Shipyard Development Project. SFMTA is currently leading the Southeast Muni Expansion Study which will prioritize future phases of Geneva Bus Rapid Transit.

The project was also guided by a Community Advisory Committee, comprised of residents and workers of San Francisco, Brisbane, and Daly City who use the Geneva-Harney Corridor.

This study was funded by the Caltrans Planning Grant program and San Francisco’s Prop K half-cent sales tax for transportation. 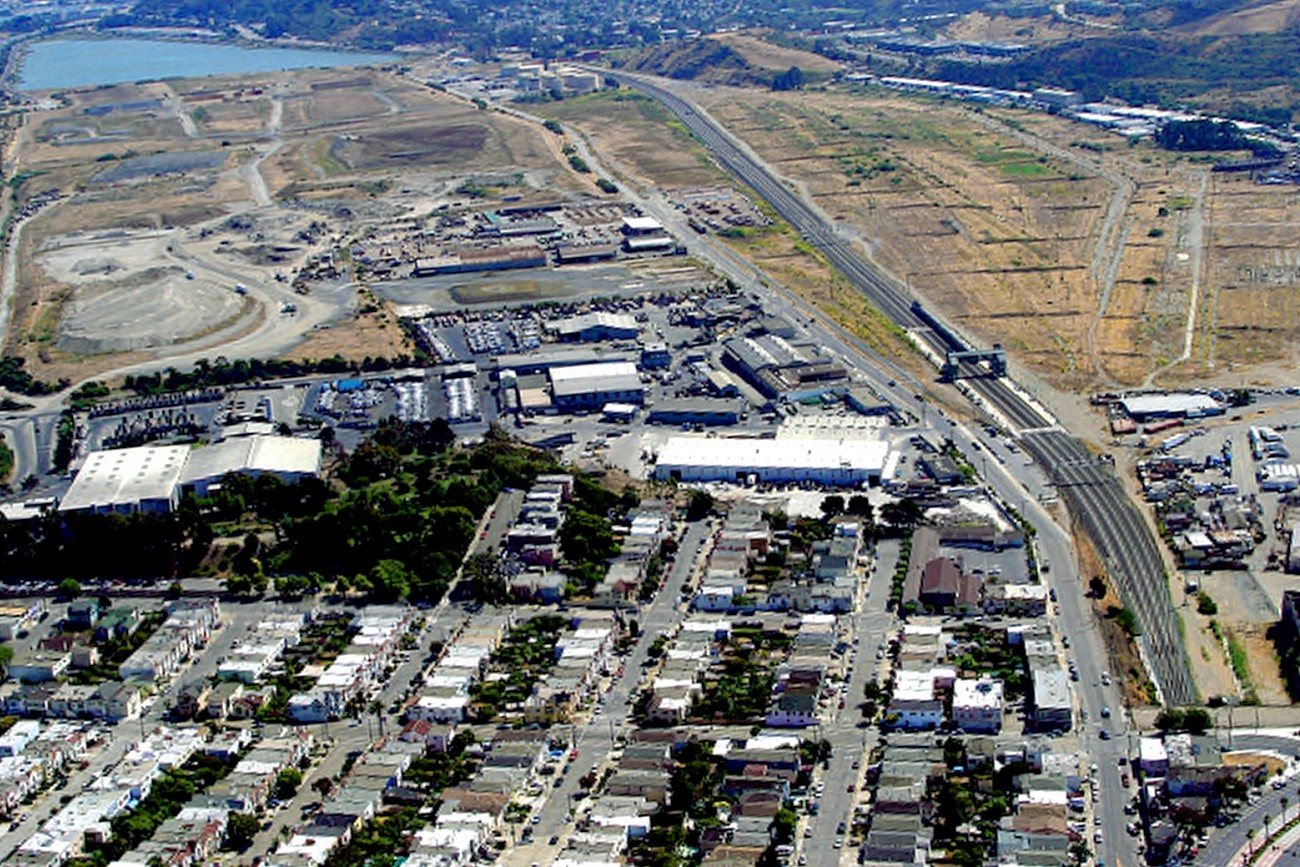