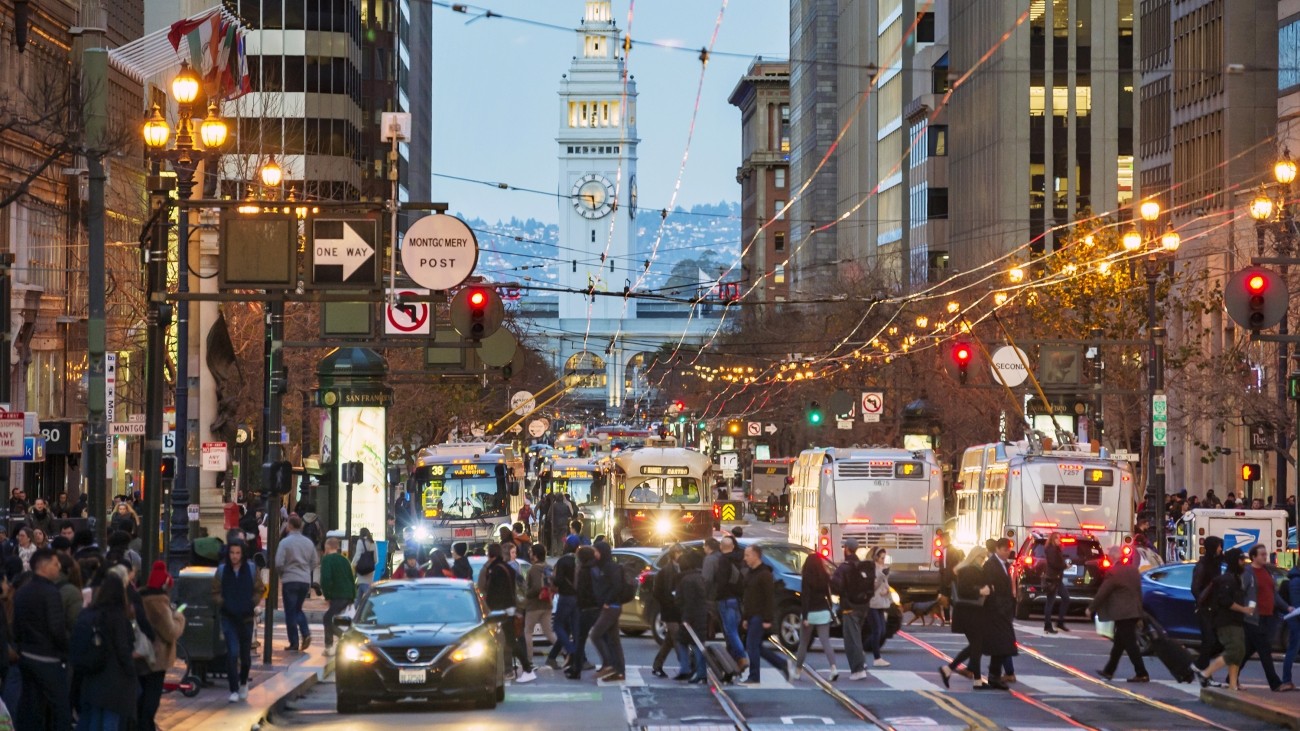 San Francisco faces a $22 billion funding gap for our transportation system through 2045. Recent local, regional, and statewide efforts are working to help bridge this funding gap.

This bill, authored by Assemblymember Phil Ting at the request of Transportation Authority Chair Aaron Peskin, authorizes the City of San Francisco to tax ride-hail trips originating in San Francisco and is expected to generate about $30 million per year for transit service and infrastructure improvements. San Francisco voters may have the opportunity to approve the new tax as early as fall 2019.

Regional Measure 3 is a $4.45 billion traffic relief and transit improvement program funded by increased bridge tolls on the Bay Area's seven state-owned toll bridges (all toll bridges except the Golden Gate Bridge). Residents in San Francisco and other Bay Area counties voted to approve this measure in the June 5, 2018, election.

The Transportation Authority is working with partner agencies in San Francisco to ensure that projects are ready for funding allocations once pending litigation challenging RM3 and its authorizing legislation (SB 595) is resolved.

Revenues established by Senate Bill 1 cannot be diverted to other uses and must remain dedicated to the transportation programs listed in the legislation. On November 6th, 2018, California voters rejected Proposition 6, preserving Senate Bill 1 revenues for local road repair and transit projects.

The federal gas tax was last raised in 1993. Since then 38 states, including California, have passed legislation to raise their own state gas taxes.

Senate Bill 1 provides San Francisco with over $60 million per year to repave and maintain our roads, maintain and upgrade our rail infrastructure, and increase Muni service on our city's most crowded lines.