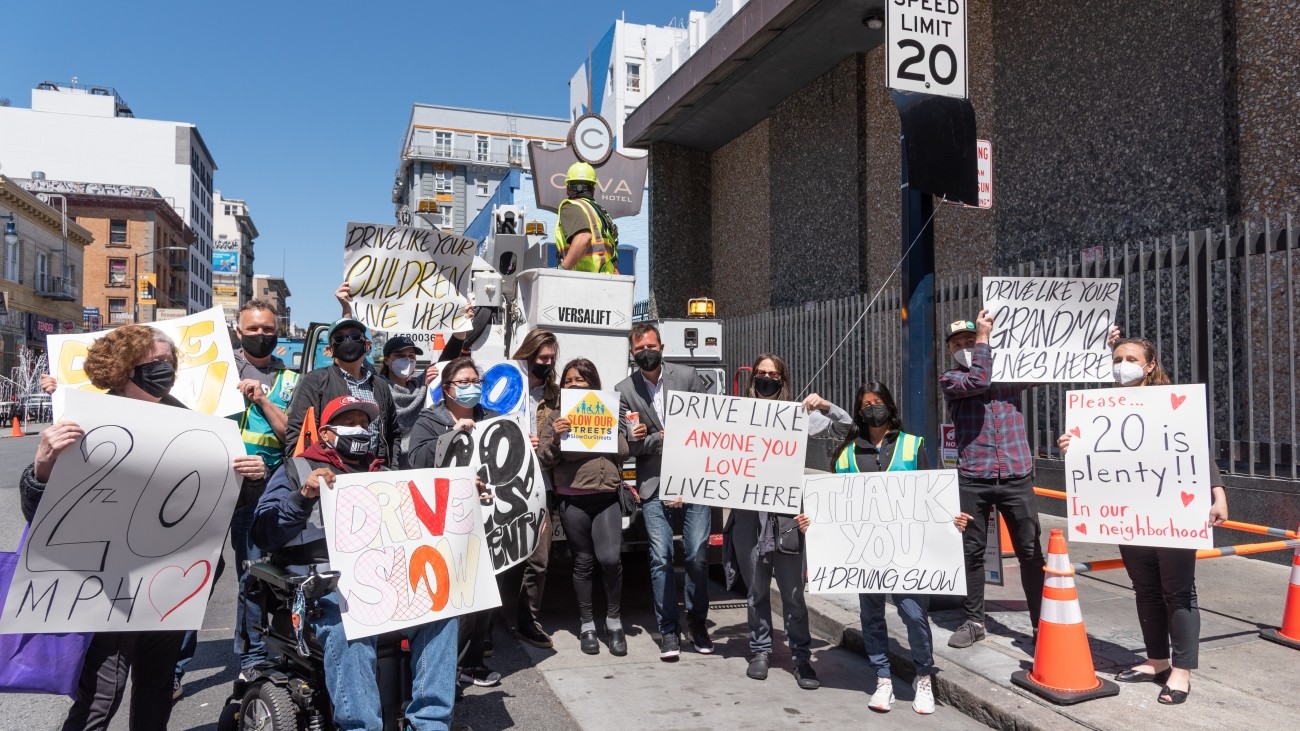 On April 15, the Tenderloin celebrated becoming the first neighborhood in San Francisco to implement area-wide speed reductions through the Tenderloin Traffic Safety Improvements Project. At the event, Transportation Authority Board Member Matt Haney (District 6) unveiled the first 20 mph sign that was installed on Larkin Street.

The Tenderloin is disproportionately impacted by traffic crashes, especially collisions primarily caused by excessive vehicle speed. Every street in the Tenderloin is on the Vision Zero High Injury Network, which accounts for 75% of San Francisco’s collisions and fatalities. Reducing the area-wide speed limit from 25 mph to 20 mph can provide tangible safety benefits for the neighborhood because vehicle speed is the greatest determinant of crash severity. For example, a pedestrian struck at 20 mph has double the chance of survival versus someone struck at 25 mph.

In addition to speed limit reductions, the project will install 395 'no-turn on red' signs at 54 intersections. This prevents turn-related collisions, a common crash factor in high traffic areas. A San Francisco Department of Public Health and SFMTA study found that turns on red accounted for nearly 20% of crashes at signalized intersections, and that crashes were largely clustered in the Tenderloin. Prohibiting turns on red minimizes pedestrian-vehicular exposure which decreases the likelihood of a collision.

The Transportation Authority provided more than $177,000 in Neighborhood Program funds to support this project.

We joined our board member @MattHaneySF, @sfmta_muni + @TLTrafficSafety to celebrate.

✅ Speed limits lowered to 20 mph on every street
❌ no turn on red @ 54 intersections pic.twitter.com/egxYj9Ox6S 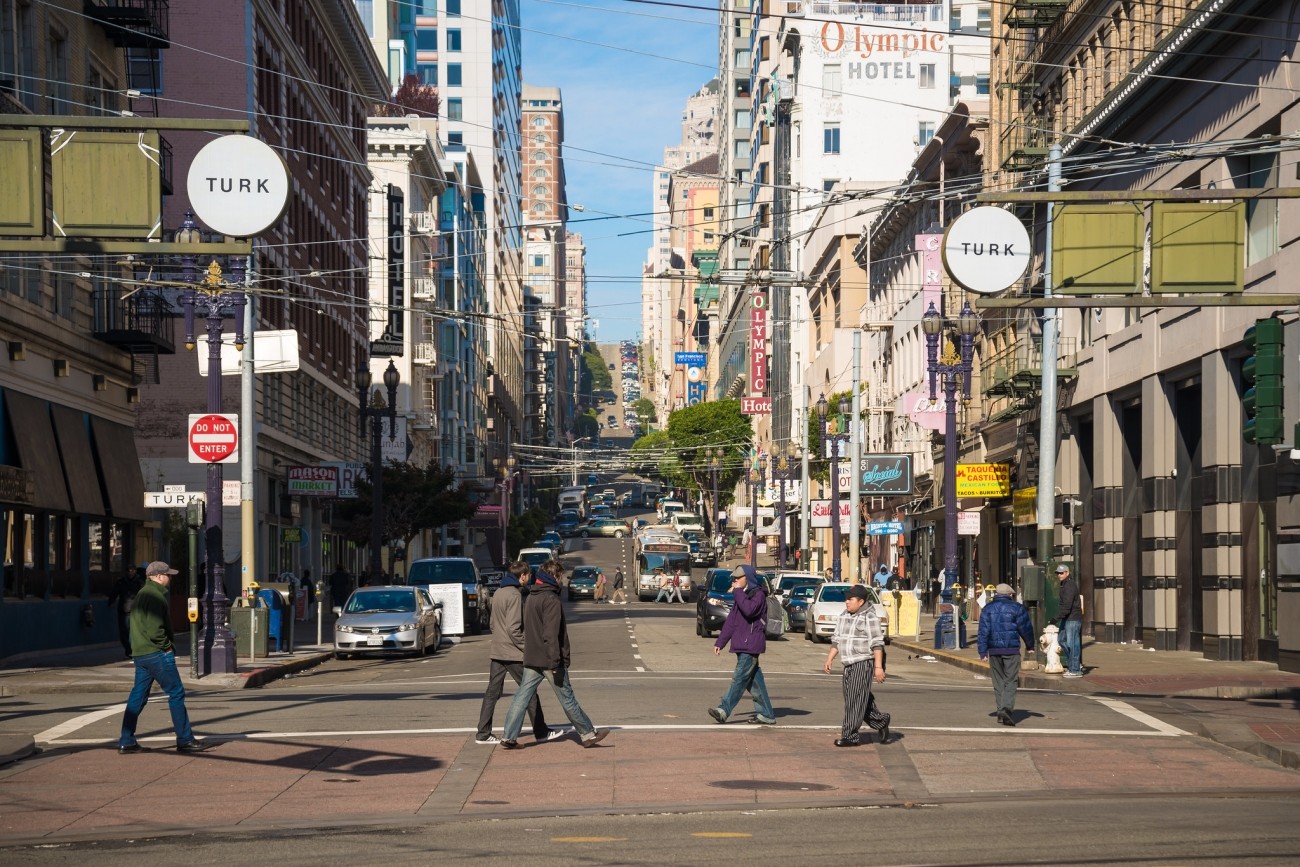 Building on past neighborhood-wide efforts, the Tenderloin Traffic Safety Improvements project will reduce the speed limits of many streets from 25 to 20 miles per hour and restrict turns on red at 54 intersections.
Read more
Image