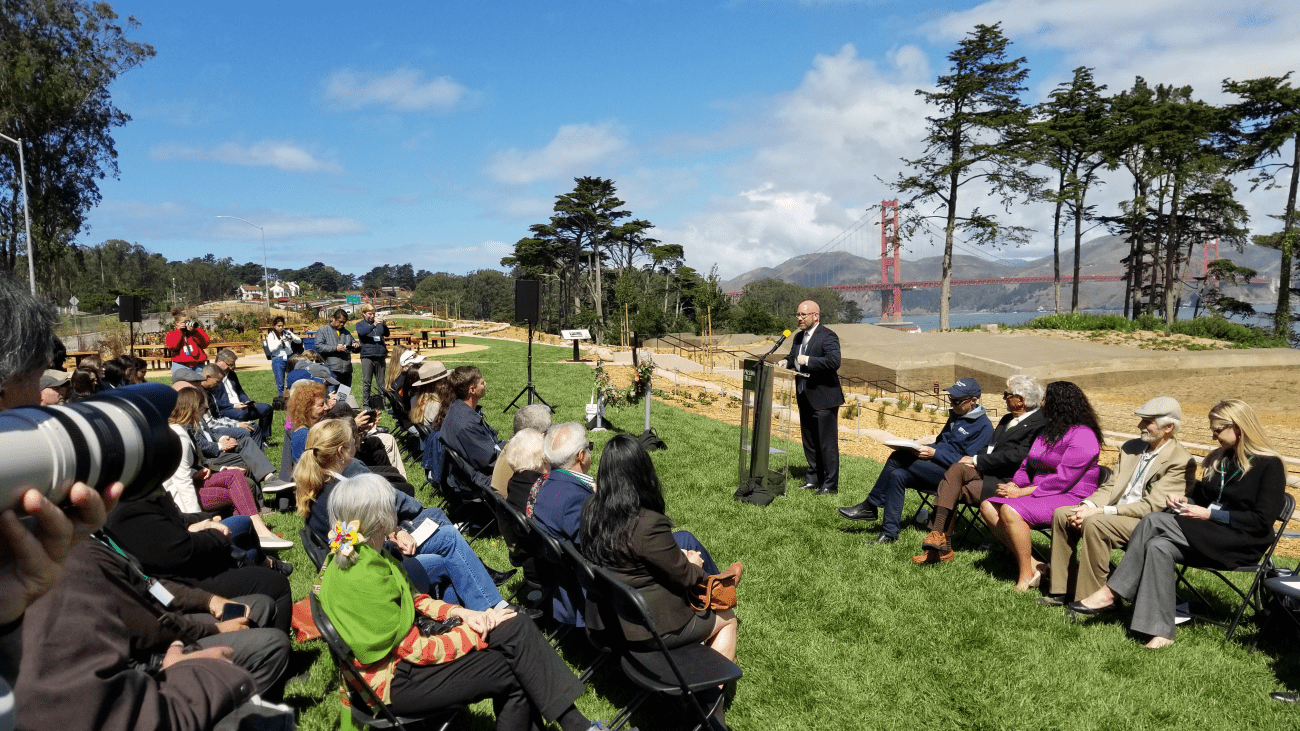 Built atop one set of Presidio Parkway tunnels and made possible by the Presidio Parkway project, visitors can enjoy beautiful overlooks with sweeping views of the Golden Gate Bridge, Angel Island, and Alcatraz, as well as native and ornamental gardens with thousands of plant species, picnic tables, benches, and a new multi-use segment of the Presidio Promenade trail to the Golden Gate Bridge. The opening of Battery Bluff also includes access to four newly restored historic military batteries - open for viewing for the first time since 1936.

Battery Bluff marks the culmination of a three-decade government and community effort to replace Doyle Drive with the Presidio Parkway and restore pedestrian access and park landscapes following construction.

“This unique civic project demonstrates how multi-agency collaboration and creativity can result in transformational public benefit,” said Tilly Chang, Executive Director of the San Francisco County Transportation Authority. “Congratulations to the Presidio Trust and its partners on the delivery of the stunning Battery Bluffs, Quartermaster Reach and the Presidio Tunnel Tops. Together with the Presidio Parkway, these new parklands expand access and create lasting amenities for our city and region."

The Presidio Tunnel tops, which will be built atop the eastern set of Presidio Parkway tunnels, will be open to the public in July. 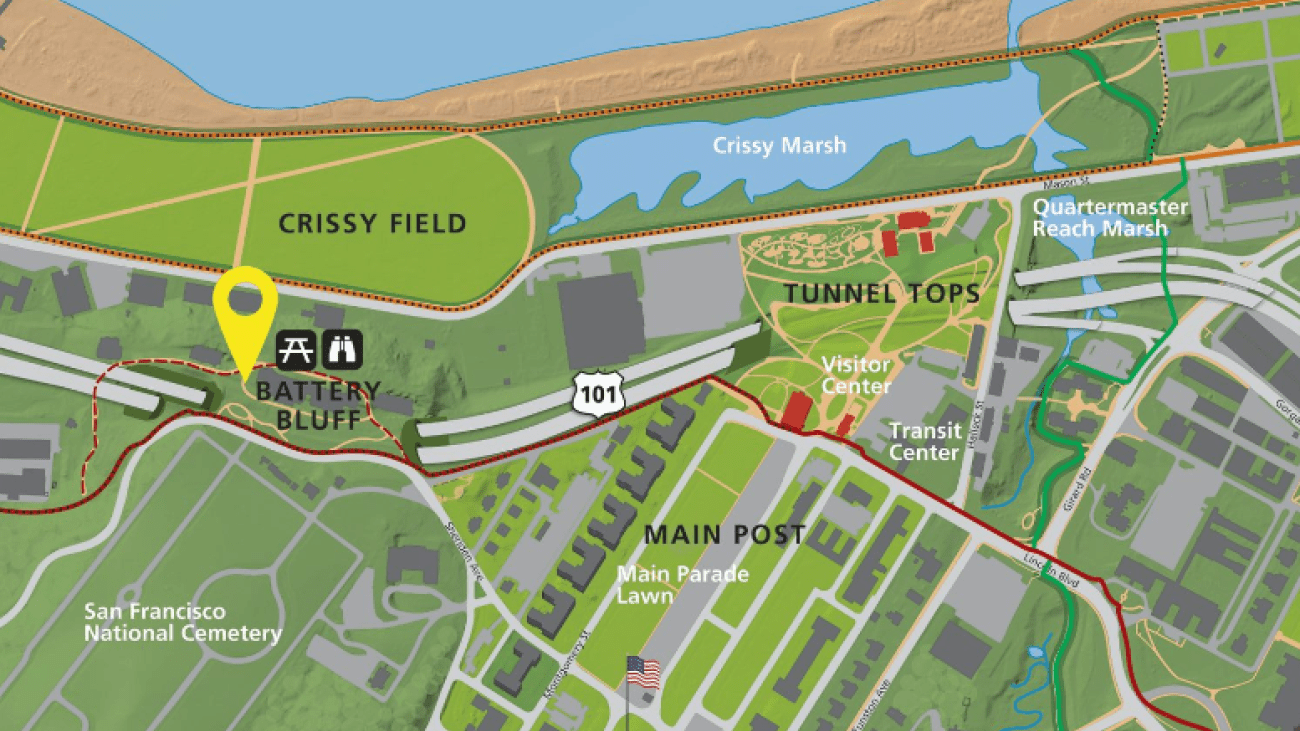 The Presidio Parkway serves as a regional gateway between the Golden Gate Bridge and the city of San Francisco.
Read more