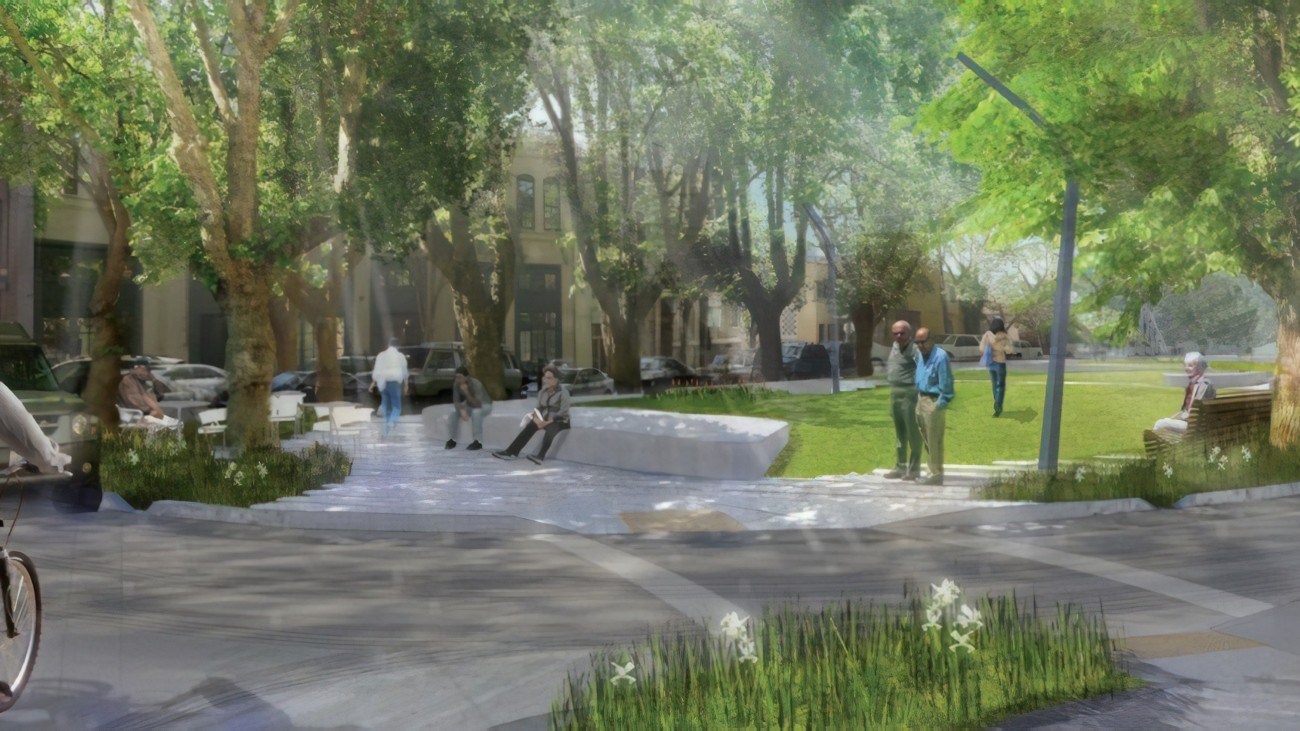 The Transportation Authority supplemented this work by funding traffic calming measures to improve access to the park. Improvements included stamped asphalt at the crosswalks into the park and sidewalk extensions at intersections. The benefits of the traffic calming included slowing motorists by providing a visual and textural identification of the pedestrian crosswalk beyond the crosswalk striping. Many drivers turn into South Park as a shortcut to the Bay Bridge and accelerate at the gentle road curve, sometimes ignoring stop signs. The asphalt stamping provides motorists a visual and textural cue that they are entering a residential neighborhood. These traffic calming features were completed in spring 2018.