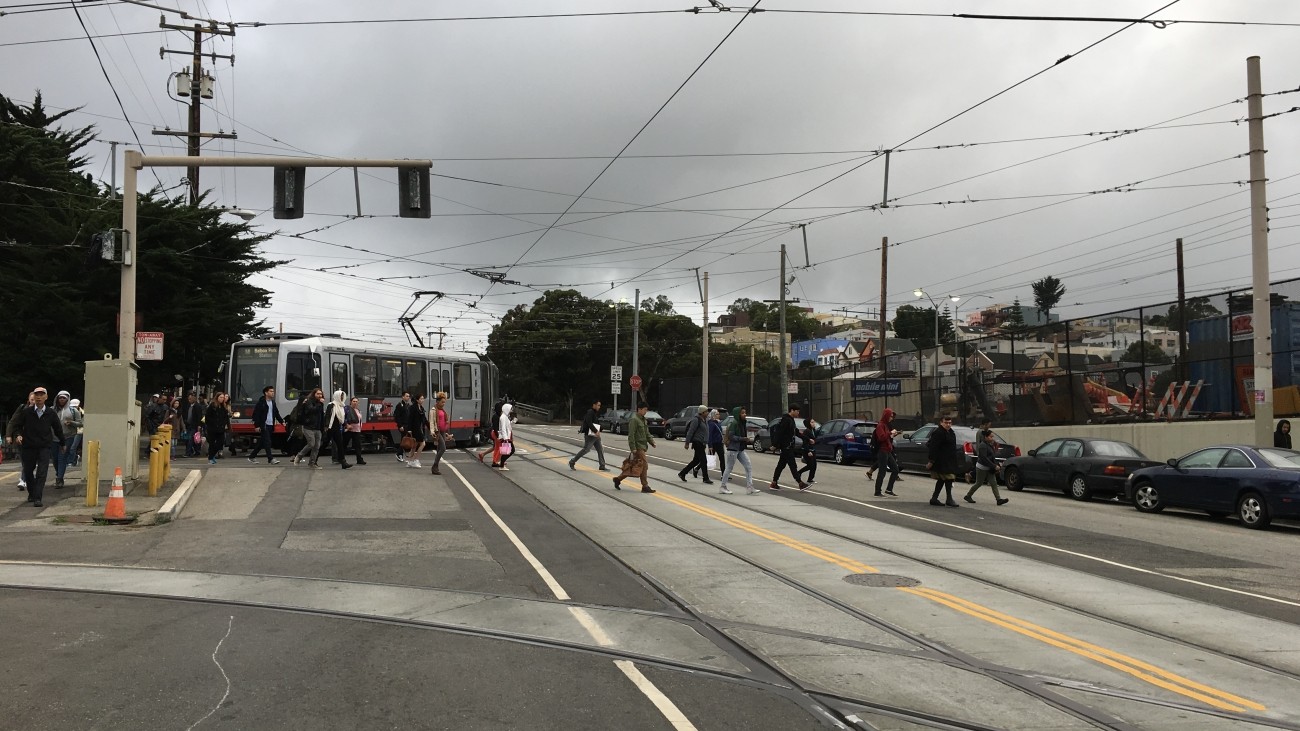 Through the Geneva Avenue/San Jose Avenue Intersection Study, the SFMTA studied ways to make the intersection and  nearby segments of Geneva and San Jose avenues safer for people walking and biking and more reliable for transit. The Transportation Authority Board adopted the Geneva Avenue/San Jose Avenue Intersection Study Final Report on July 28, 2020. The primary recommendation of the study is a relocated M Line terminal stop at San Jose Avenue and Niagara Avenue with large transit bulb-outs, providing a direct connection between the train and the sidewalk. This would reduce conflicts between automobiles, bikes, and people accessing transit.

This project was funded by the Transportation Authority’s Neighborhood Program and led by the SFMTA. The project included coordination with the following partners:

Public outreach for this study was conducted in coordination with the Balboa Park Station Community Advisory Committee, Transportation Authority Board Member Ahsha Safai’s office (District 11), and the Upper Yard Development and BART Station Modernization projects led by BART and the Mayor’s Office of Housing and Community Development. The study was also presented to the SFMTA’s Multimodal Accessibility Advisory Committee.

San Francisco has vowed to eliminate all traffic-related deaths by 2024 through education, enforcement, and road infrastructure redesign.
Image 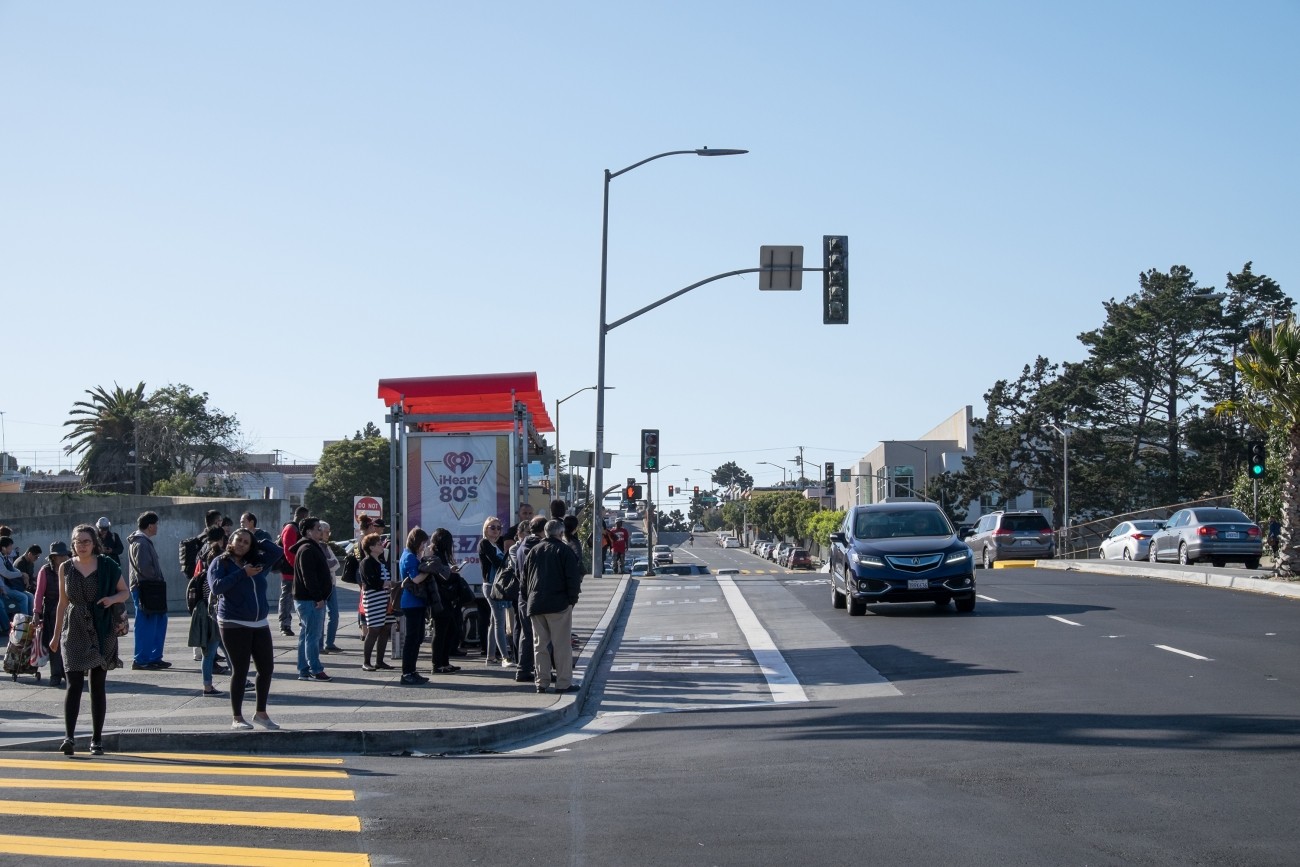 The Balboa Area Transportation Demand Management Framework process was designed to initiate collaboration between the City, City College of San Francisco, and surrounding neighborhoods in the effort to encourage sustainable transportation choices in the area.
Image 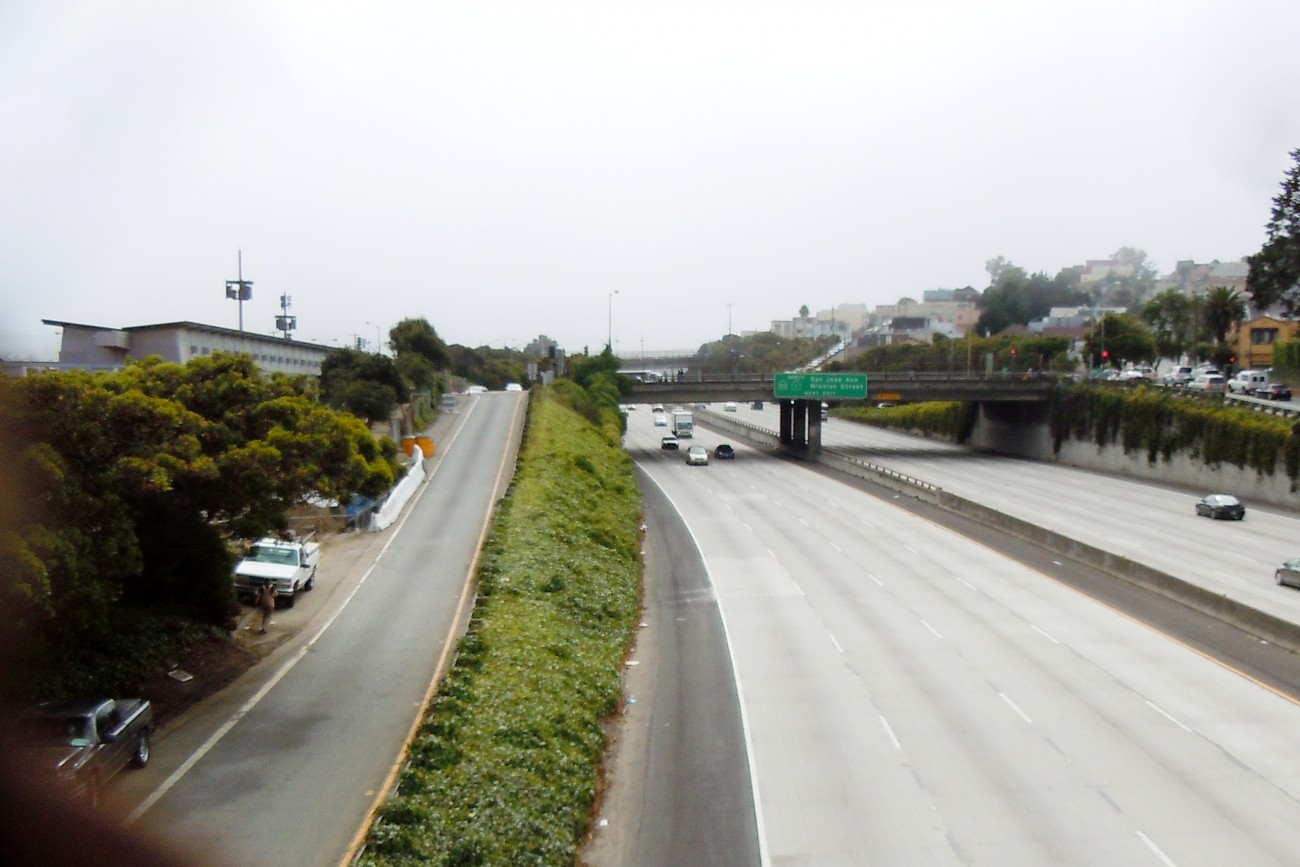 The Balboa Park BART/Muni Station is one of the busiest transit hubs in San Francisco. Local agencies are working to improve circulation in the Balboa Park interchange and station area.