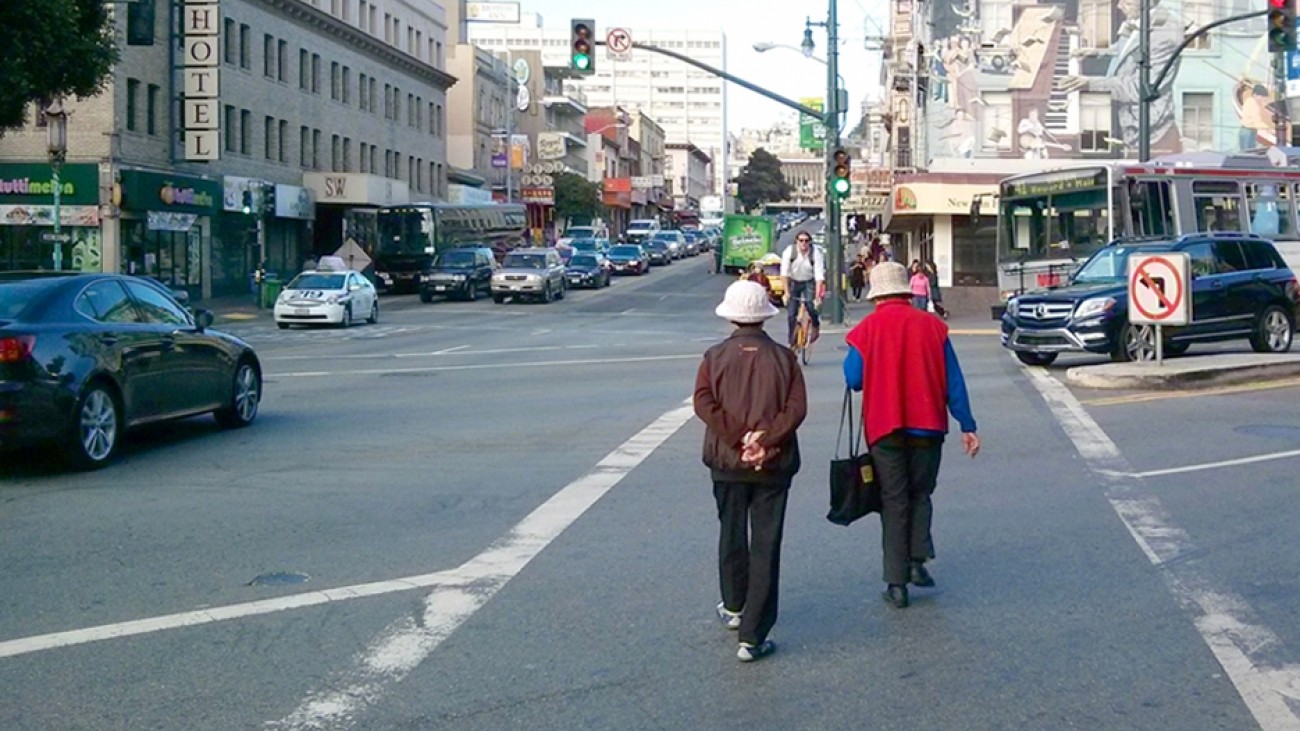 On Broadway Street, the study recommended safety improvements for each intersection between Van Ness Avenue and Columbus Street. Safety improvements are planned and will be constructed in early 2019. The study encouraged consideration of additional changes to signal timing to further enhance pedestrian safety.

On Kearny Street, the study recommended immediate implementation of near-term pedestrian safety treatments at the intersection of Clay and Kearny streets. It also recommended that the SFMTA identify and implement a plan for improving safety all along the corridor, which is in the top 10 percent of pedestrian high-injury corridors in the city. The study also recommends that SFMTA consider a series of intersections where pedestrians may cross at every direction at the same time, a narrowing of lanes, or systematic signal timing and striping treatments. These improvements would help eliminate pedestrian injuries and fatalities while meeting other objectives including implementation of Muni Forward and the SFMTA Bicycle Strategy.

This study was funded by the Prop K half-cent sales tax and the Metropolitan Transportation Commission’s Community-Based Transportation Planning program.

San Francisco has vowed to eliminate all traffic-related deaths by 2024 through education, enforcement, and road infrastructure redesign.
Image 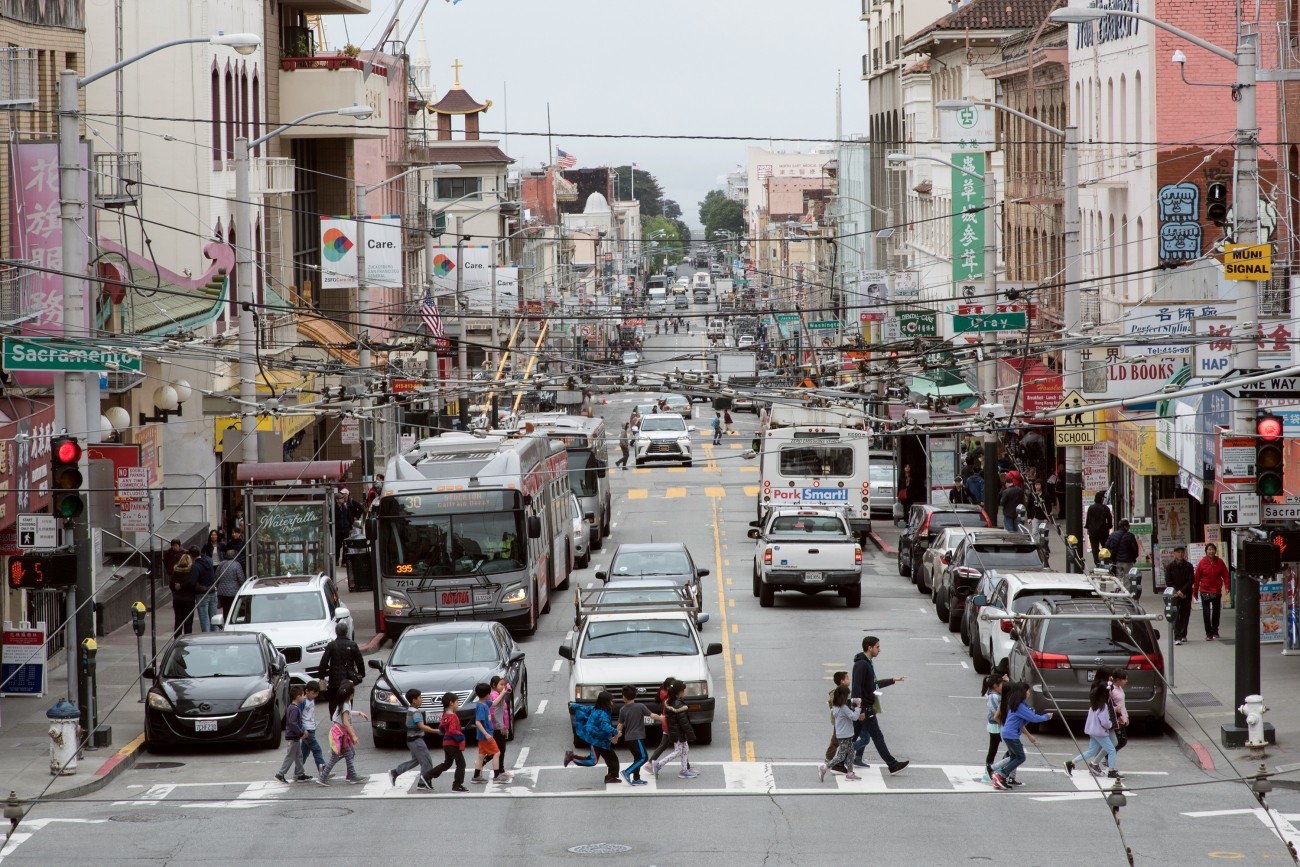 The SFMTA-led District 3 Pedestrian Safety Improvements project will focus on planning, design, and construction of pedestrian safety improvements on and near Kearny Street. 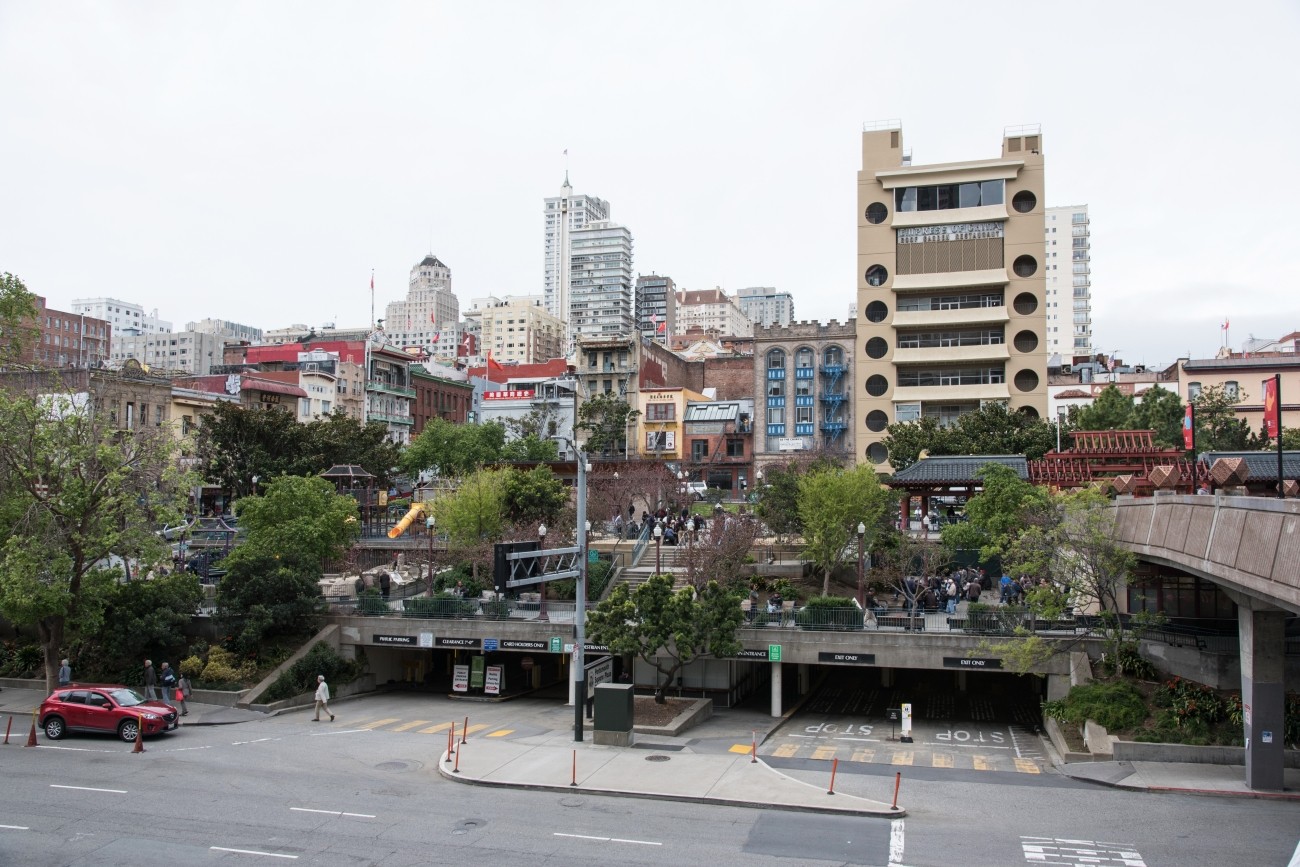 This Community Based Transportation Plan for Portsmouth square will analyze the new park design and explore existing transportation and circulation around the park.