Celebrating the First Phase of the Geary Rapid Project 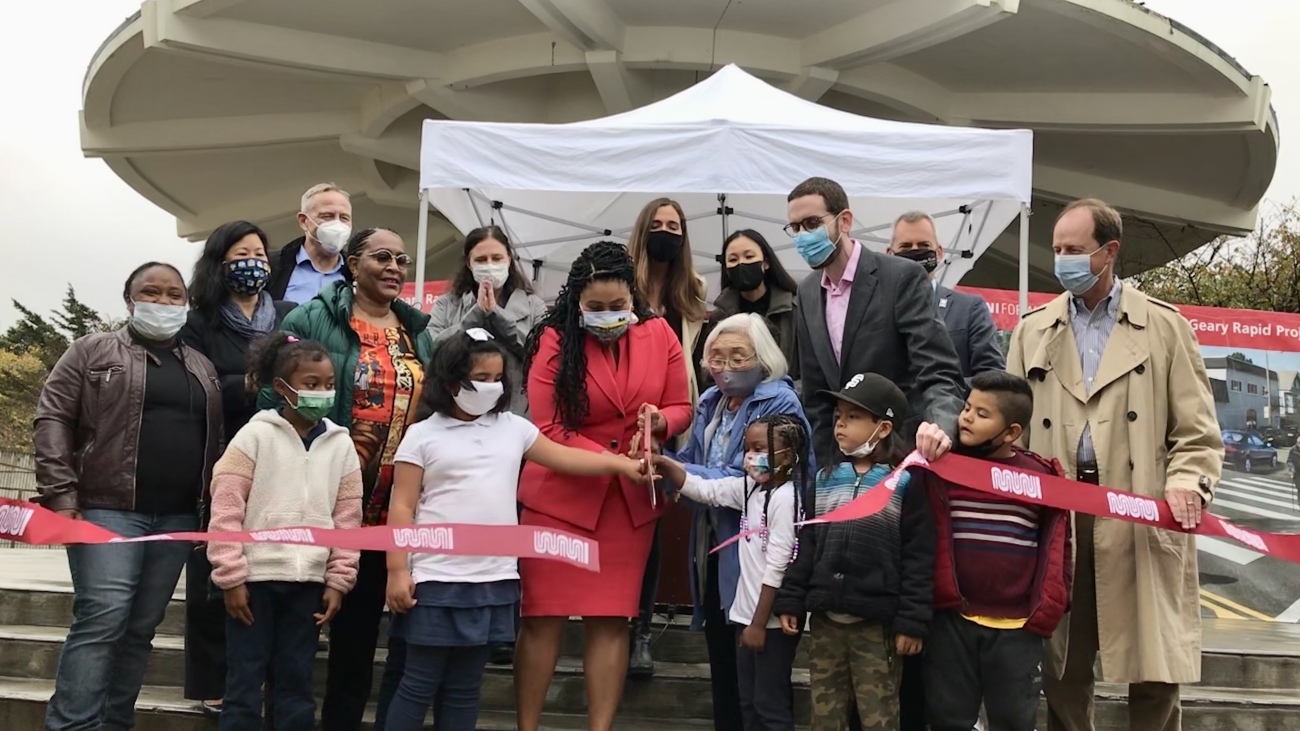 Geary is one of San Francisco’s busiest corridors and pre-pandemic it served more than 54,000 daily riders on the 38 Geary and 38R Geary Rapid. The completion of this first phase brings much-needed safety improvements along this high-injury corridor, and more reliable bus service along Geary Boulevard between Stanyan Street and Market Street.

This first phase of the Geary Rapid Project was completed on time and on budget by the SFMTA in coordination with SF Public Works, SF Public Utilities Commission, and the Department of Technology. Early quick-build improvements including dedicated red transit lanes, bus stop optimization, and signal re-timing yielded a 20% travel time savings.

The Transportation Authority led the environmental planning phase in partnership with the SFMTA and provided over $13.6 million dollars in funding from the half-cent sales tax for transportation, Prop AA vehicle registration fee, and One Bay Area Grant regional funds to support the total $67 million cost of the first phase of this project.

The next phase of work is underway through the Geary Boulevard Improvement Project to bring longer-term improvements west of Stanyan to 34th Avenue.

Here celebrating the completion of the Geary Rapid Project. 🙌 🚌