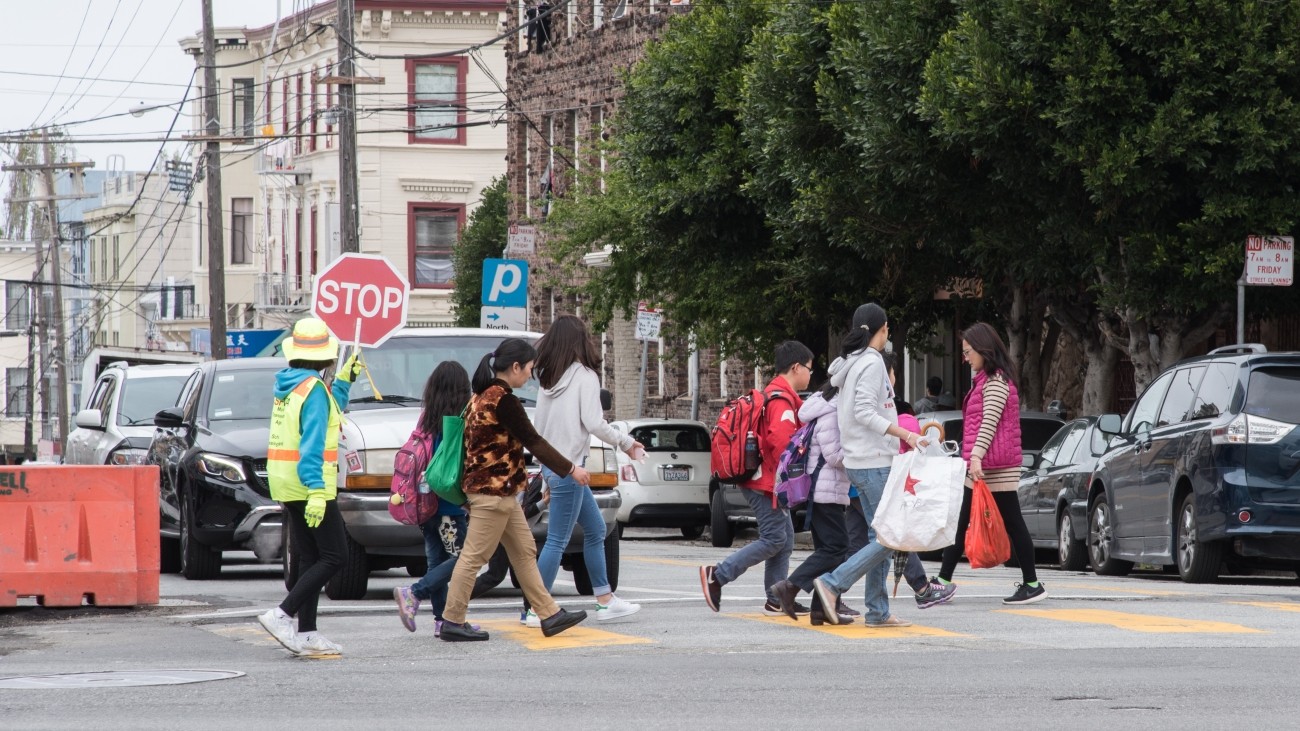 Back-to-school season is here and many caregivers and students are resuming their school commute.

Safe streets are critical infrastructure for caregivers and students as they travel to and from school, home, and activities. John Yehall Chin Elementary School is located on the Vision Zero High-Injury Network, which accounts for 75% of San Francisco’s collisions and fatalities. The school is located on Broadway Street in Chinatown and is situated near many commercial businesses and office buildings, with high volumes of pedestrian traffic.

Safety improvements were recently completed to support the Safe Routes to School Program at John Yehall Chin Elementary, which will help enhance safety, increase visibility, and shorten crossing distances for pedestrians and bicyclists.

Many of the locations for improvements are near other schools, housing developments, and are intersections used by students and caregivers to walk to school.

The Transportation Authority provided over $3 million from the half-cent sales tax for transportation, One Bay Area Grant, and other sources to fund the planning and conceptual design and construction of these safety improvements.