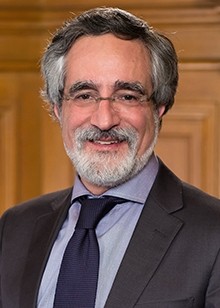 Aaron Peskin is the Chair of the San Francisco County Transportation Authority, which is the transportation planning and programming and congestion management agency for the city. His long track record of transportation funding and infrastructure advocacy includes sponsorship of Proposition A in 2007, which has generated at least $26 million annually for Muni, as well as a reduction in transportation emissions.

Aaron Peskin is also a member of the San Francisco Board of Supervisors, representing District 3, which is comprised of North Beach, Chinatown, Fisherman’s Wharf, Polk Gulch, Union Square/Financial District and Russian, Nob and Telegraph Hills. He has lived in District 3 for almost thirty years, where he has championed pedestrian safety  improvements.

He is currently serving his fourth non-consecutive term on the Board of Supervisors, including two terms as the unanimously-elected President of the Board. On the Board of Supervisors, Aaron Peskin continues to lead the City’s work to preserve and expand its affordable housing stock, as well as set regional standards for environmental conservation and sustainable transit planning.

Aaron Peskin has brought his 20-year experience as the President of Great Basin Land and Water, an environmental nonprofit organization dedicated to the preservation and enhancement of land and water resources for public purposes, to his work on behalf of the City & County of San Francisco.

He has also championed regional collaboration while serving at the Trust for Public Land, the Golden Gate Bridge Authority, the Bay Conservation and Development Commission, the Sea-Level Rise Coordinating Committee and the SF Bay Restoration Authority.