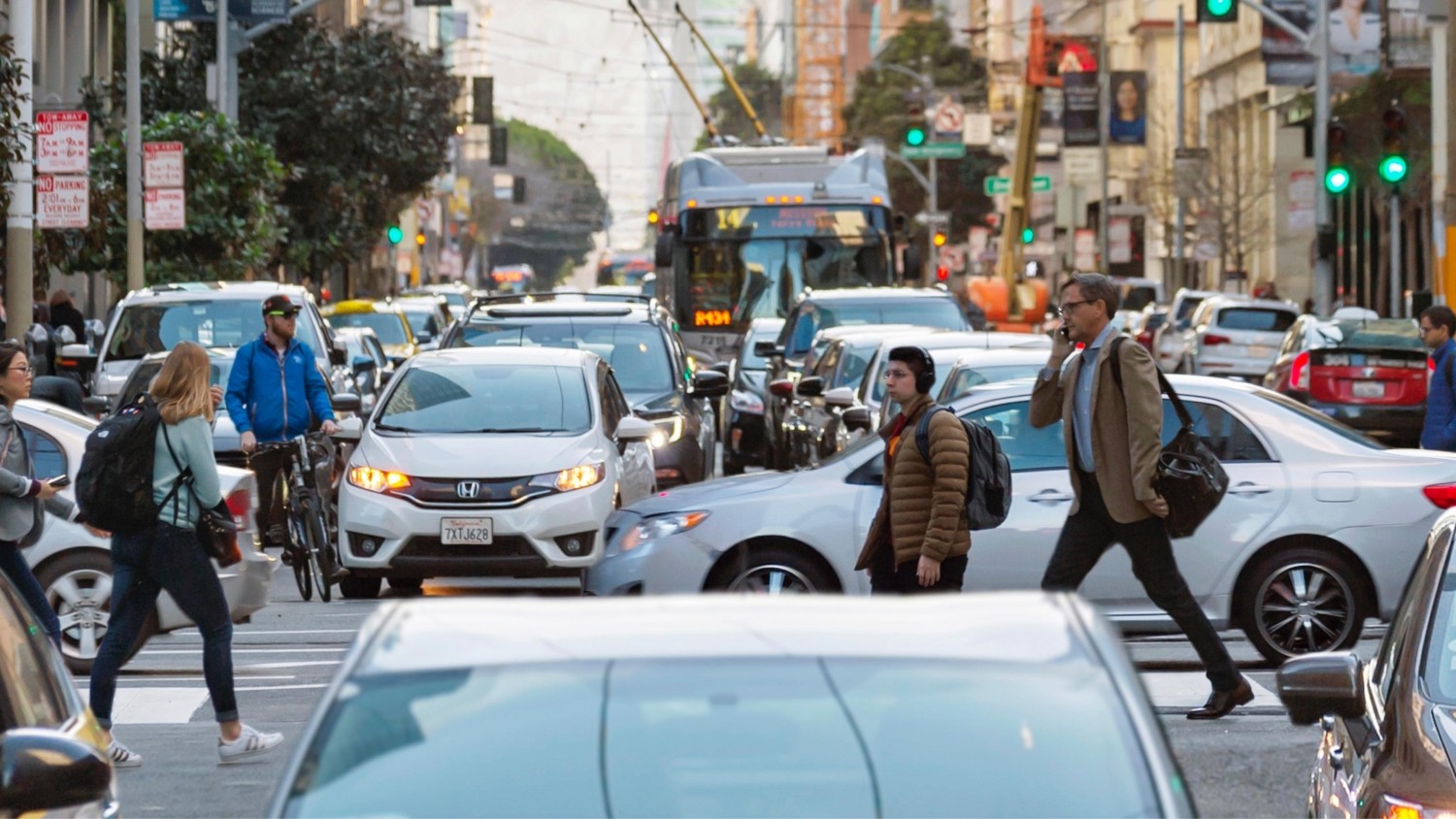 We are exploring how a fee to drive downtown during busy hours could get traffic moving and achieve goals around street safety, clean air, and equity.

Studying Congestion Pricing to Prepare for the Future

As San Francisco moves toward economic recovery, traffic congestion is expected to return. There is already evidence of congestion building up downtown. The Transportation Authority is studying whether congestion pricing could help alleviate congestion when the economy recovers.

Congestion pricing involves charging drivers a fee to drive into congested areas of northeast San Francisco during rush hours. Program revenue could be used to improve transit service. Congestion pricing would not be implemented immediately—it would take at least five years to plan and implement a congestion pricing program.

The Downtown Congestion Pricing Study will use public feedback and technical analysis to shape a fair and effective congestion pricing recommendation for San Francisco.

The best practice is to combine the congestion fee with discounts and incentives to make the system fair and encourage the use of sustainable transportation modes like transit, walking, and biking.

The Transportation Authority has paused the Downtown Congestion Pricing Study in light of the changing and fluid conditions surrounding traffic conditions and transit use.

Following completion of the study, if the Transportation Authority Board wishes to proceed, it would take at least five years to implement a congestion pricing system.

The congestion pricing zone
To be effective, the zone would need to include the most congested streets and freeway on-and off-ramps and be guided by natural neighborhood boundaries. 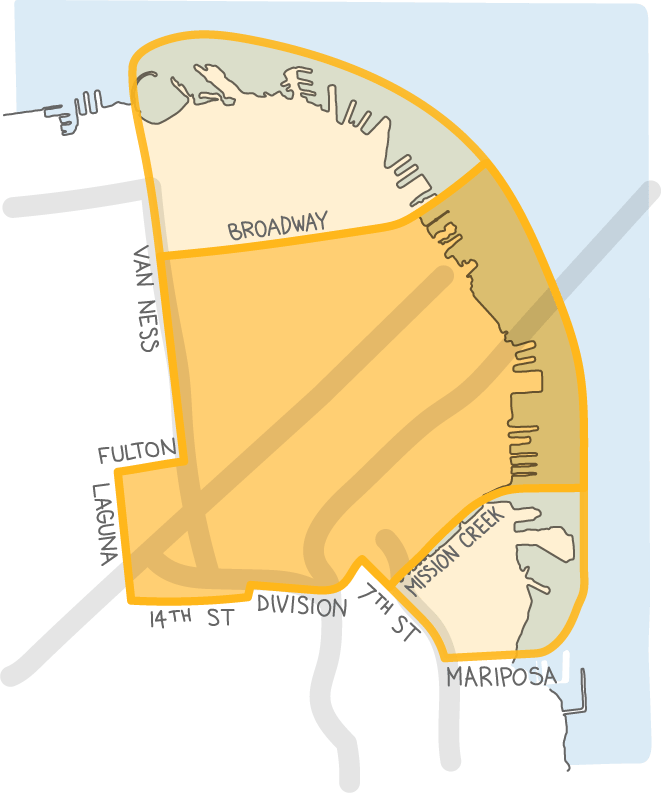 Proposed fees, discounts, and exemptions
The fee to drive into the zone would depend on the driver's income. Drivers would be charged to enter the zone. There would be no fee to leave the zone. People who qualify for multiple discounts would receive the highest discount for which they are eligible.

Where should the revenue go?
This proposal would generate enough revenue to add more bus service to meet an increased demand for transit downtown. The proposal could also fund many of the below benefits that the community prioritized during the first round of outreach.

Making Sure Pricing Programs Are Fair

One question we often hear about congestion pricing is whether we can make the system fair.

Inequities have long been ingrained in our transportation system and are still present today. More cars on the road disproportionately affect low-income communities of color because they are more likely to:

We’re looking at congestion pricing to flip this dynamic. Most of the drivers downtown during peak hours are in households making over $100,000. By charging a fee to drivers who can afford it and providing discounts and exemptions for those who can't, we can get traffic moving and make it easier to walk, bike, and take transit. And by prioritizing travel, safety, and clean air improvements for the people who need them the most, we can advance equity in our transportation system.

In order to design an equitable congestion pricing program, the study process itself must also be equitable. The project team is collaborating with underinvested communities throughout the course of the study. This includes kicking off the study with listening sessions with leaders in underinvested communities, hosting co-creation workshops with community partners, and convening a Policy Advisory Committee with strong representation from equity-focused organizations. 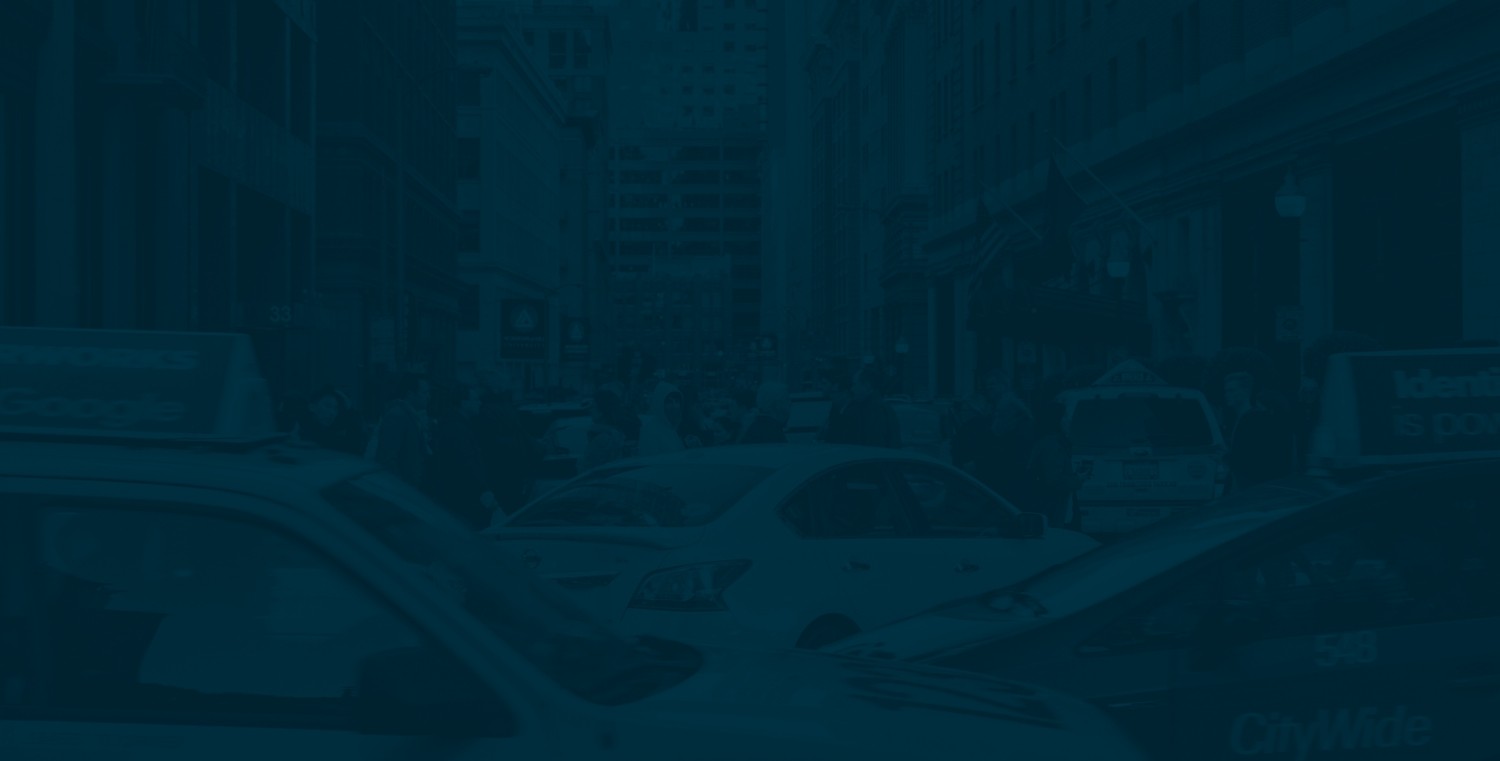 Congestion pricing would reduce the number of cars driving downtown, making it one of the most effective tools we can use to reduce congestion.

Cities around the World are Using Congestion Pricing

Blog: 10 Lessons Learned on Congestion Pricing from London and Stockholm

Watch a presentation on congestion pricing in other cities

How We Got Here 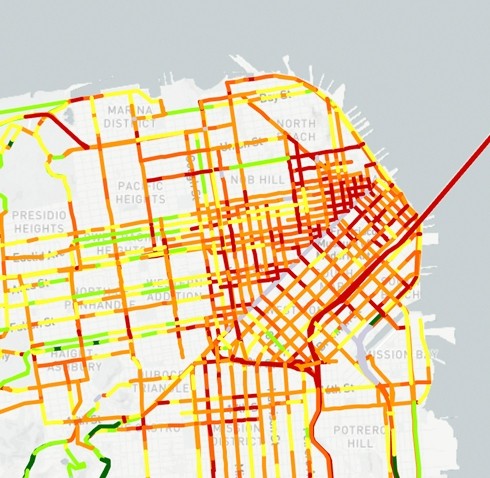 Traffic congestion in San Francisco reached record levels in 2019. People were driving more than ever due to a growing population, a strong economy, and demand for travel by ride-hail vehicles.

Congestion was particularly severe in downtown and in SoMa. This impacts not only people who are traveling, but also surrounding residents’ quality of life, safety, and health, and disproportionately affects low income communities of color.

San Francisco has had success in reducing congestion through updates to parking pricing as well as by encouraging more efficient travel: from adding transit-only lanes, to installing protected bike lanes, to taxing ride-hail trips to support transit, walking, and biking.

While these efforts helped, they were not enough. Investments like transit-only lanes successfully improved transit speeds relative to auto speeds, but growing congestion downtown meant transit riders’ trips were still delayed by traffic. Buses can be delayed by cars turning, parking, blocking intersections, or illegally using the transit-only lane.

We cannot build our way out of our congestion problem – there was too much demand for driving and not enough road space to accommodate the demand.

Learn more in the Why Congestion Pricing? Briefing Paper (PDF)

Our 2010 study on congestion pricing in San Francisco found the following benefits: